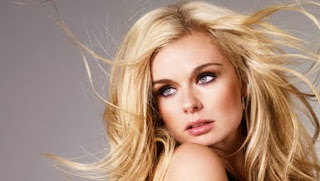 Katherine Jenkins is one of Britain's favourite singers and a new genre of operatic superstar, selling millions of albums across the globe. From BBC Welsh Choir Girl of the Year to Brit Award-winning artist, she has performed at venues including Sydney Opera House and the Millennium Stadium.

In 2007 she became the only singer ever to hold simultaneously the Number 1, 2, 3 and 4 positions in the UK classical album charts. The last year has seen Katherine present a special BBC series, 'The Week We Went To War', as well as be a judge and mentor on the hit ITV1 show 'Popstars To Operastars'. Katherine's latest album, 'Believe', was released in October 2009 and shot straight into the top 10 of the UK charts. It includes many popular songs such as Evanescence's Bring Me to Life and Edith Piaf's La Vie en rose.

This very special Christmas concert at the Hall will include a selection of best-loved arias, songs and Christmas carols. Katherine will be accompanied by the National Symphony Orchestra and joined by some very special guests: rising stars Straight No Chaser, a sensational male a cappella group, with their incredible 10-part vocal arrangements; and musical virtuoso Derek Paravicini, whose prodigious talent has earned him national acclaim.

Posted by Derek Paravicini's Official Blog at 00:15 No comments: